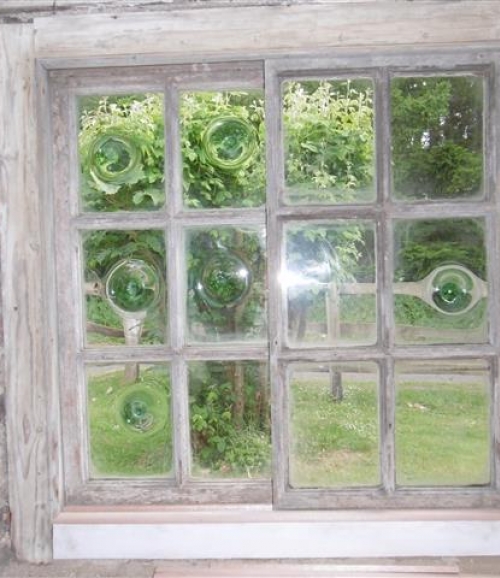 1. Potting Shed: MGM arrived on site this week and began work on the potting shed. The five sash windows were cleaned and found to be in very good order, only one cill needing to be replaced and nearly all the glass, including the attractive bottle glass panes, found to be intact. They even slid open without too much force. They had however been filthy and protected buy some sort of chicken wire. For the first time in many years there is enough daylight in the potting shed to see by. A section of brickwork has been scraped out and different pointing styles trialled. It is extraordinary how the tiniest variation in recessing the pointing, perhaps 2 or 3 millimetres, has the most dramatic effect on the final look of the brickwork.

2. Plinths: MGM also examined the greenhouse plinths in detail. Almost all the stone that had cracked (usually where the cast iron casement had been sunk into it) was still in situ and will be fastened back into place rather than replaced by new stone. Foundations have been dug for the new plinth at the east end.

3. The cast iron casement frames have been getting Calibre’s attention this week. The windows themselves are being treated in Stockport. The frames are each being cleaned back to their original state by a series of ever finer electric brushes. The finished frames have a remarkable smoothness and are returning to the dark silver colour they presumably had when newly cast. 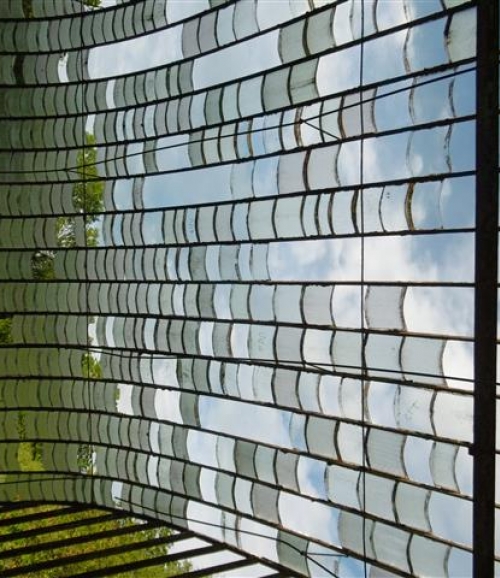 4. In addition, Calibre has been continuing its glass pane “audit”. This is not just to work out what is viable but to try to calculate how much new glass will have to be acquired. This is no simple task. The roof has 150 glazing bars each holding about 55 panes of glass. So 8250 panes, but of many different sizes, as the roof has been patched over the years. Only those panes glazing the curve are strictly symmetrical. Some panes are missing, some cracked, others will be lost in the repair process. We have some spare glass and some removed from the elevations, which will now be clear glazed, and the casements, but how much of this can be trimmed to fit the gaps is an open question!